When Blake Mycoskie visited Argentina in 2006, he took notice of the fact that a lack of footwear was a prevalent issue for many citizens. This issue is prevalent in almost all developing countries around the world, so in response, Mycoskie launched his company TOMS shoes, a footwear company that donates a pair of shoes to a child in poverty for every pair of shoes the company sells. The TOMS ethos of “conscious capitalism” may not have been the first of its kind, but TOMS is a shining example of how consumer tastes are changing, and how tapping into the conscience and good will of consumers has had overly positive effects for firms around the globe, but particularly in North America and Europe.

Conscious capitalism focuses around the idea that companies can build a successful business model on the principles of environmentally or socially conscious business practices, high employee satisfaction, and a high level of consumer support. The combination of these 3 factors has led to the success of many firms since the practice of conscious capitalism became well known. In fact, the average annual share price increase for companies who comprise Fortune Magazine’s list of 100 best companies to work for was higher (14.16) than the average annual share price of companies listed on the S&P 500 (5.97) and the Russell 3000 (6.34) indices.

Critics of conscious capitalism argue that while “conscious” North American and European firms exist, this type of business strategy cannot be applied to companies in developing countries. They argue that consumers are not as concerned with how a corporation operates, nor do they have the level of concern for the environment or social welfare that consumers in developed countries do. As the world becomes more connected and companies in developing countries are held to the same high standards as those in developed countries, this gap in practices and ethics will be erased.

Most companies that practice conscious capitalism are based in North America and Europe, where almost all countries on these continents are considered developed. The higher amount of wealth and overall quality of life in these countries raises concerns amongst many consumers for health of developing nations, the environment, and even the less fortunate in their own community, because charitable and philanthropic activity increases with a higher income and quality of life.

By growing their business through good stewardship for the three aforementioned factors, business managers experience global benefits; 200 years ago, 95% of the world’s population was below the poverty line, and today that number has shrunk to 60%.  By the year 2050, it is predicted that number will shrink to 25%. Conscious capitalism could be described as the first step towards building global equality.

Developed nations have a role to build sustainable companies and cities to promote the next stage of global development. The developing world has the majority of the world’s population, and that proportion will continue increase into the 21st century. As the wealth and consumption of cities in developing countries increases with the population, sustainable and socially responsible businesses will need to be global leaders. As citizens of the developed world, we need to lead by example and develop improved processes by advancing technology and practicing conscious capitalism. As global leaders, our example will be followed by up and coming firms in developing countries, and this will promote a more sustainable future and secure the health of our planet.

In his famous 1776 book The Wealth of Nations, Adam Smith describes the trinity of land, labour, and capital being placed into his metaphorical business machine, which then produces profits. Once significant profits and wealth have been achieved, concern for the less fortunate and philanthropy also increase, which follows the pattern described by Maslow’s hierarchy of needs. The same societal paradigm shift can be applied to the rise of conscious capitalism in the last quarter century. A higher percentage of North Americans and Europeans are wealthy, and interestingly, the number of charities and philanthropic donations have also increased.

In the early 20th century, the emerging field of social work and the charitable organizations that employed many of these individuals was making significant gains. When the Industrial Revolution forever shaped the economic landscape of Europe and North America, so too did the increased awareness for social well-being shape our wealth allocation. As more people made fortunes during the First World War and into the Roaring Twenties, so did the level of philanthropic activity. The Great Depression further increased the awareness for the need for charity, and governmental policies enacted during the 1930’s reflected that. Another World War and further economic development due to a rapidly expanding population in the post-war population boom kept the average household income of North Americans and Europeans in an upward trajectory. 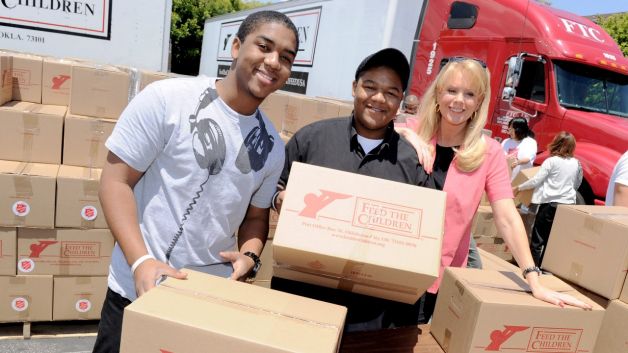 Today, 80% of the world’s most charitable countries in terms of percentage of income are in the developed world, with Australia, Canada, and Ireland consistently topping the list. Developing countries that have a high “giving index” devote most of their resources to volunteering their time in lieu of disposable income. With increased personal wealth comes the increased concern for human welfare – both locally and globally – and the means for which to contribute to these causes. Such is the mindset of the developed world consumer that has helped conscious capitalism focused firms succeed at a greater level than their competitors. The wealthiest citizens are usually the most generous philanthropists. There is great economic value in philanthropy, and socially conscious firms have taken note of that. 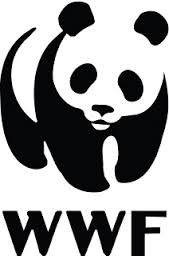 During the environmental awareness boom of the 1960’s, numerous charities and organizations were established to reflect the cultural shift, and many of these organizations remain prominent to this day, such as World Wildlife Fund, which generated over $718 million in revenue in 2010. Fifty years later in our present day, many of these organizations have been criticized for failing to offer tangible results for their donors or by falsifying scientific data because of their constant push for monetary donations.

Many donors have become suspicious of the actions of large charitable organizations due to recent scandals of many major charities. For example, an inquiry into the actions of the Canadian Cancer Society in 2011 revealed that only 22% of fundraised capital was going to research. The remainder went to employee salaries, marketing, and fundraising events. The growth of the charitable sector in the last century has been staggering, but unfortunately, many organizations have been drifting off their original path.

This change in charitable attitude has paved the way for companies like TOMS to experience success due to their more tangible approach. Instead of asking for donations or making them on the consumer’s behalf, they offer a distinct product that makes an immediate impact. While these companies may charge more for their products, the difference is transparency; consumers know where their money is going because the business model is built around a single action. 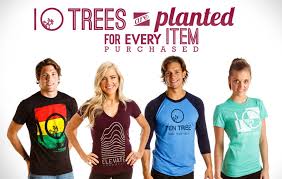 A Canadian company that has followed this model is Ten Tree Apparel, which pledges to plant ten trees for each product they sell. Similar to TOMS, Ten Tree operates under the “cause capitalism” model, which unites the brand’s products to a positive cause. Although still a young company, Ten Tree has experienced exponential growth since the brand’s debut in 2011 due to their innovative approach to the retail industry. Trees from each sale are planted all across the world, and the consumer can in fact choose where their trees are planted. Consumer involvement increases attachment and loyalty to the brand, and is one of the key components of cause capitalism.

“At the end of the day, retail is a constant battle for customers’ dollars. If your product has a better chance of bringing the customer into the store or a better chance of catching that consumer’s eye, your product is going to sell better. Cause capitalism has taken hold in retail because it does this. Whether large or small, every apparel brand is realizing this and will either make a switch or find themselves obsolete soon.”

To date, Ten Tree has planted over 1.8 million trees, and the company is forecasting a total of two million trees planted by the end of the summer.  Many apparel conglomerates are slowly transitioning to a more conscious capitalist approach to business either by acquiring these smaller “cause brands” or by developing new products or marketing strategies to give consumers something new in the stagnant retail industry. At this stage in the game, the more conscious firms will win.

John Mackey is one entrepeneur who has been a major player in the conscious capitalism movement; he even co-authored an entire book about the subject. He’s also the CEO of the U.S. grocery chain Whole Foods Market. Founded in 1978, Whole Foods Market focuses on selling natural foods in a supermarket setting. Despite offering many higher priced alternatives than traditional supermarkets, Whole Foods has experienced rapid growth, especially in the last decade. For example, in 2006 Whole Foods had sales of $5.6 billion; in 2010 that number increased to over $9 billion. The number of stores in 2006 was 186; that number increased to 299 in 2010, and has since increased to 364 as of 2013. The company’s focus on products that are beneficial to society and the environment, high level of employee satisfaction, and corporate transparency has no doubt led to this excellent performance.

Mackey asserts that in the 21st century, corporations will need to change their operations to adhere to a more conscious agenda. Corporations are perceived as large, evil entities that only care about maximizing profits, and this reputation has alienated many consumers. Corporations have extraordinary influence worldwide, so if the public’s perception of these corporations is negative, that harms their influential power. 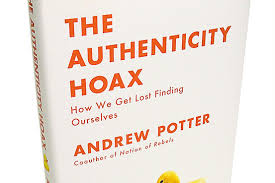 Our consumer tastes reflect our social and cultural attitude, so it is not surprising that conscious capitalism and “cause” brands have risen to prominence. In his book “The Authenticity Hoax”, Andrew Potter argues that humans have always been in a state of social proofing and status seeking. In the developing world, this has been reflected in what is deemed “cool”. Today, the quest for authenticity is driving force behind our status obsessed culture. One needs to look no further than our current tastes in music (folk has become wildly popular), fashion (brands heavily advertise “authentic” and “genuine” products), and food (the rise of the locavore diet, organic food, and urban-farming).