The ugly christmas sweater has been around for decades, but not until recently have these gaudily knitted garments become popular and almost “cool”. Even those of the Jewish faith have decided to join in on the party, with ugly Hanukkah sweaters sporting knitted menorahs in place of Christmas trees. Why has this ironic fashion trend caught on so strongly? It’s not just the hipsters doing it anymore; popular retailers like Kohl’s have started cashing in on the trend, too. Let’s first explore why a nostalgic item of bad taste like the Christmas sweater has blossomed into the popular item of adults aged 18-50 in the past few seasons. 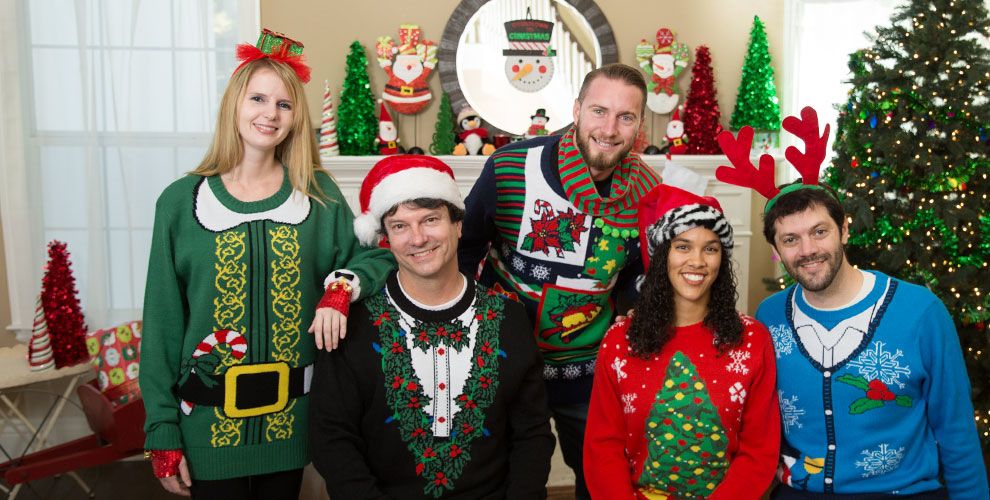 Vintage items are desirable items of the middle and upper class. Antique furniture, vintage wines, watches, or cars; the purchase and consumption of such products is almost purely that of the middle to upper class. In his work Retromania, Simon Reynolds describes these classes’ obsession with vintage as the result of a desire to distance themselves from those of lower status by way of alternative consumption. People with more money view themselves as having better “taste” in various aspects of consumption, and buying antiques and other vintage items is a way to make a material statement about that.

If you were to walk through the homes of many wealthy individuals, you would not find the latest, most modern furniture; you would likely find furniture with “character”, an effect that cannot be replicated in a department store, only by time. This is a symbol of status and taste that cannot be purchased by the masses; it needs to be sought out at antique auctions. Buying vintage helps the middle and upper class remain “cool”.

It should come to no one as a shock then that most hipsters are from upper-middle class backgrounds. They purchased vintage clothing not because it was cheaper, but because of the rarity and question of taste their purchase indicated. Under a guise of irony, the hipster movement started making thrift shopping “cool” again, and not just something that was previously done out of necessity due to the low price point.

Part of this culture of thrift shopping was the purchase of “ugly” sweaters. Clearly, these sweaters are worn by those with bad taste, but if sported with a sense of irony, the wearer is exempt from all judgement due to the statement being made due to the self-consciousness of their bad taste.

Pierre Bourdieu argues that “aesthetic judgement is always a matter of distinction – those who have good taste express it so that they can distinguish themselves from those who do not. According to Bourdieu, aesthetic judgement is concentrated almost exclusively among the high-status members in society.  In cases where members of middle to high status consume aesthetically inferior goods, like an ugly Christmas sweater, they must do so ironically in order to communicate to everyone that the consumer knows their purchase was in bad taste.

In other words, the reason hipsters wear ugly clothes and drink shitty beer is because they know it is, but they use it as a tool to mark themselves as distinctively better than those who come by these consumer tastes honestly. In this way, the reason why hipsters started buying up ugly Christmas sweaters from local thrift stores, or, even more cooly, had their Grandmother knit them one (out of locally-sourced, 100% organic sheep’s wool of course).

As much as we all love to hate hipsters, they are the latest form of counterculture to fall victim to an adaptation of their cultural tastes by the masses. Beards, man buns, plaid shirts; it’s all there in the H&M and American Eagle ads now (they left out the PBR because kids still shop there).

Whether we like it or not, mainstream culture is slowly adopting the tastes of the hipster movement centred in SoHo, Portland, and Queen West. In student dwellings & bars, as well as suburban homes all over North America, ugly Christmas sweaters have become a form of social currency during the annual holiday party. No longer is your status determined by how sharply tailored your jacket is or how exquisite your green velvet dress is; it’s how funny or ugly your christmas sweater is.

If you take a stroll through most of the “hip” or “cool” neighbourhoods in major cities, you’ll see that the ugly Christmas sweater trend has been dropped. No longer is it cool to wrap yourself in knitted irony; those sweaters are lame now in their eyes. Once a trend followed by the cool, trendsetting few has been adopted by the masses, those who strive to distance themselves from mainstream culture will dig a little deeper in order to retain their coolness. This has been a recurring pattern for many years.

At the turn of the 21st century, Burberry scarves were must-have items on the wish list of virtually every stylish person on the planet. Today, they are seen as a fashion faux pas now because the iconic Nova check pattern was copied by so many companies and made the status of wearing a scarf obsolete due to the ubiquity of the pattern.  Alexander McQueen’s signature skull scarf pattern was recently copied by retailer Forever 21 and plastered all over scarves and shirts, and now the designer’s iconic pattern is barely found amongst the fashion elite.

It’s only a matter of time before the next “cool” thing to wear at Christmas that is already being adopted by the status seekers and purveyors of all things cool of the world trickles down to the masses, and when that happens, the ugly Christmas sweater will go forgotten for a while. As is the case with many trends, they often make resurgences many years later with a whole different generation adopting it as their own. This is exemplified by the adage that all fashions come back into style one way or another; however, this pattern is not limited to just our clothing.

In the late 1970s, skateboard culture was booming in California and spread across North America as the new cool thing to do. Once enough lame or square people adopted it, the trend’s popularity dipped and went underground for many years, sustained by those dedicated few.

In the 1990s, skateboarding, and extreme sports in general, made a huge comeback. Pop-punk music grew in popularity, clothing companies were launched, video games were released, and the whole skateboarding subculture experienced a massive resurgence. Skateboarding became too popular for the purists and those who desired to be “cooler” than the rest, so longboards became popular, and once too many posers bought those, cruiser skateboards (the short colourful ones) became popular, but boarding as a whole has been declining for years.

To those of you out there who just recently purchased an ugly Christmas sweater: enjoy the fun while it lasts, and hang on to it! History has shown that the trend will reappear somewhere down the line. The heyday of the ugly Christmas sweater is upon us, but don’t expect it to stick around for too many more holiday seasons. 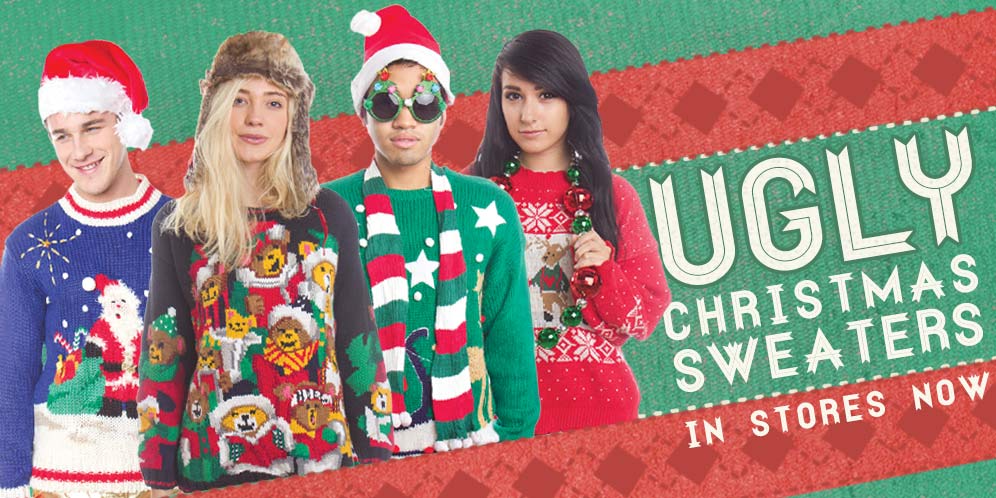