People hate waiting for things. We want to get rich quick, lose weight in weeks, and get our food prepared in minutes. Happiness is often viewed as the ultimate goal for human existence, and products & services associated with the above scenarios are marketed in a way that they promise the consumer happiness. Unfortunately, we misattribute the core factors that influence our happiness. We associate happiness with a great deal of personal wealth, luxury possessions, and having a physically attractive partner; all of these traits combine to influence our perception of our status in society.  People exist on the planet who possess these traits who are indeed happy with themselves, but what is often ignored is the entire process by which they achieved their lives.

Much of what we do in our daily lives is influenced by our pursuit of status and the act of increasing it. We want the large house, the exotic sports car, or the incredibly attractive partner to gain happiness, but also to gain the acceptance and envy of our social circle. No matter what level of status you possess in life, the presence of competitive consumption will cause you grief as you try to keep up with what your neighbours are doing. If most of your friends or colleagues drive a Honda Civic, then so must you, lest you be seen as a loser. If one of your friends decides to up the ante and purchase a BMW 3 series, then eventually the rest of the group will follow in competitive fashion or risk losing, and as a result, being seen as a loser – which is incredibly depressing for most people.

Some people choose to simply give up on the game of consumption, accept their fate, and move on with their lives, however difficult that may be. Others decide to remove themselves from the game entirely and go their own way. What if instead of giving up and removing yourself from the game, you instead reinvented the game altogether and played a new one?

I have already described the benefits of Experiential Consumerism in an article which describes the why you shouldn’t buy your clothes at the mall and instead “treasure hunt” for your clothing and related accessories using thrift shops or online outlets such as eBay. There is a second piece to the concept of Experiential Consumerism that involves exploiting the benefit of delayed gratification with the purchase of goods and services.

Two decades ago, most people didn’t know what an email was, let alone how to send one. Today, emails are one of the most common forms of communication on the planet. Just over 42% of the world’s population has access to the internet, which equates to slightly more than 3 billion people. Take into account the 1.75 billion smartphones present on the planet, and you can see how commonplace email has become in our lives. Because of the shift away from paper mail to email, the former now has a nostalgic feel and a high level of affection from those of us who live in technologically dependent society. I’m sure I’m not alone in saying that getting a letter or package in the mail gives me a great deal more excitement than getting an email. Part of this is due to the novelty of the experience, but a substantial portion of it comes from the delayed gratification and the anticipatory response generated by waiting.

Anticipation has actually been suggested as a significant driver of happiness, and this effect can be employed to help businesses achieve a greater commitment from consumers as a result of increased consumer happiness. Think back to how excited you got as a kid in the weeks leading up to Christmas. Despite how much we may have hated waiting anticipation of the day made it that much more special. Much research has also been done on the benefit of purchasing experiences rather than material possessions in terms of happiness, but the point of Experiential Consumerism is to integrate experiences to purchases of material goods to maximize the happiness return for the consumer.

Some material goods cannot be avoided, so by including an experiential component to their purchase, firms place themselves at an advantage over their competitors. This tactic is already employed by numerous alcoholic beverage companies, such as Bud Light, whose Bud Light Living campaign is meant to tie an unforgettable experience to the consumption of Bud Light Beer. However, while tying an experience to a product is an effective approach, very few companies have employed anticipation as the prime component of their experience.

As our culture of convenience took precedence in the 1950s with the advancement of technology and supply chain efficiencies, firms chose to cater to then need for immediate gratification as their primary selling motive. In the past decade, consumer tastes have shifted away from those associated with mass society, like big box stores or fast food, and towards a more “authentic” product approach, like gourmet diners or local markets.

Getting parcels in the mail is a more authentic practice, as it harkens back to a time when most individuals in Western society had to order most of their consumer goods through a catalog and wait for their order to arrive by post.

For example, the Sears catalog surged in popularity so much in the 1920s that it was soon referred to as the “consumer’s bible”. The catalog contained hundreds of products for sale, and with the addition of the first credit agency in 1919 by Henry Sloan of General Motors, purchasing consumer goods became incredibly attractive for most Americans.

As buying on credit became the wildly popular method for consumers to purchase their goods, big box stores expanded their business. Soon, basic necessities such as food, clothing, and utilities were being outsold by appliances, entertainment, and automobiles; frivolous purchases that helped declare a consumer’s status were viewed as more important.

The shift away from ordering by catalog and waiting on purchases in the mail towards quick, convenient methods at chain stores dominated the Western economic culture from the 1950s onward, but now the tastes of savvy consumers have shifted back towards receiving goods via post. The care package is a common sight across university campuses, but now companies exist that take care of the hassle of assembling and shipping for you. Numerous companies have popped up that cater to college students, but also to mothers, children, and even military spouses. 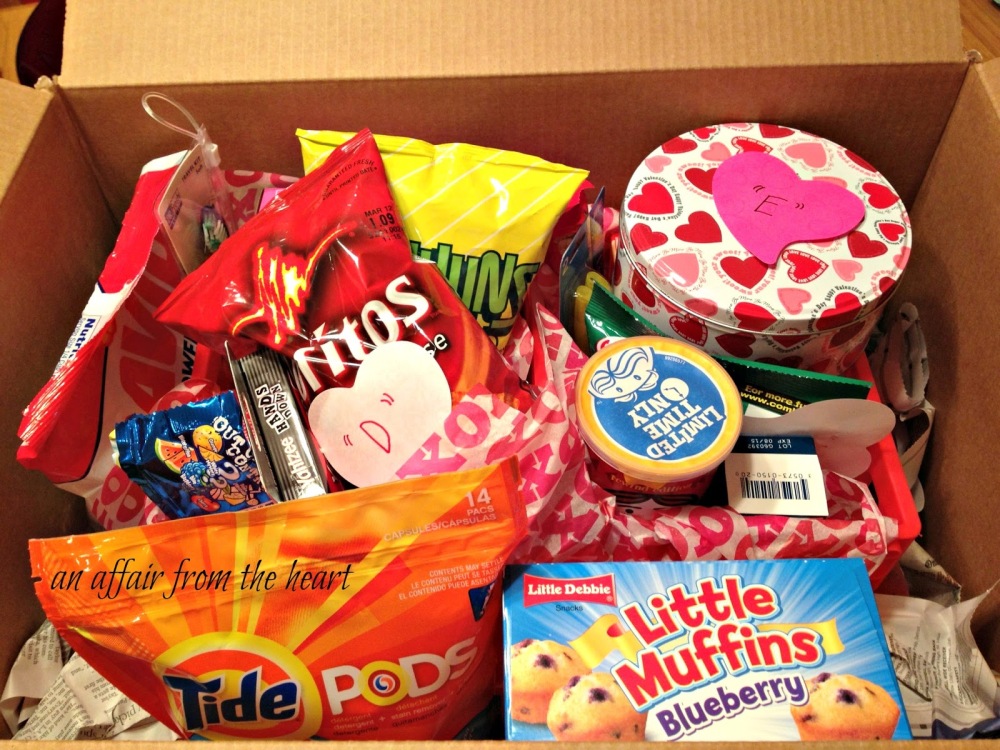 Another service that caught my eye was Spice Post, which allows subscribers to receive a package with two foreign spices that are related to a new region of the world each month. I’m a big fan of cooking and trying new recipes, so this really resonated with me. What is especially telling about the Spice Post service is the fact that it hits on authenticity on two different levels: the first being the postage-based service, but the second is that it caters towards our society’s ever-expanding taste for globalization and foreign cooking. Similar to the care package services, Spice Post removes the hassle of choosing spices at the grocery store, and even provides the subscriber with a new culinary inspiration to out each month. In a year you could have a working knowledge of 12 different types of cuisine!

All of these services and more use the benefit of anticipation combined with our culture’s growing taste for postage-based goods to create value for their consumer base. Based on how most trends in consumer go, the savvy consumers will be the first to indulge, and once the idea becomes mainstream enough, mass adoption of the business model will occur. Whether you’re looking for a new product or looking to start a business of your own, consider using anticipation and postage as a new angle to deliver a product to your customers.